The Italian magazine “Luce et Design” interviewed us for its April 2016 number. We talked about topics such as urban innovation strategies, smart lighting, digital art, public space and… refugees. 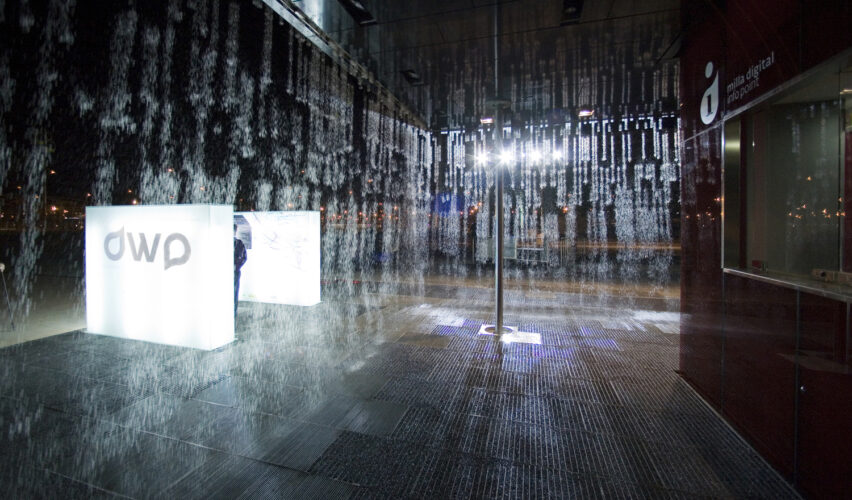 The Italian magazine “Luce et Design” interviewed us for its April 2016 number. We talked about topics such as urban innovation strategies, smart lighting, digital art, public space and… refugees. We share a translation of the interview in English.

Luce Et Design: What was your training course?

LED: On which essential techniques and strategies did you base your intervention to turn Zaragoza into a Smart City?

Zaragoza’s implementation of its own unique Digital City model will at a particularly difficult time for the both city and its inhabitants have the concept of open source as its connecting theme: open data, free software, accessible networks and open government, meaning a truly transparent and participatory administration.

In addition to this, it shall have an open code architecture which gives rise to reconfigurable buildings (“open place making”), new digital public spaces that are made up of, used and reconfigured by the public itself; spaces where they exercise their participation, grow in knowledge and strengthen their digital links with the city.

LED: Digitalization, new possibilities burnt from the connection and interaction between each other for new different media, urban art as a form of sociability. What role occupies in all this the light?

Light is a medium, an important one. The city has just built two important infrastructures. The Digital Water Pavillion, built by the Italian architect Carlo Ratti for the Expo 2008, in which light and water combine to perform as a “printer” in which kids and citizens in general can show messages and patterns of their own creation. Light therefore conveys the message that the city and its buildings are open and reconfigurable, reinforcing one of the pillars of our digital strategy.

The second infrastructure is “Etopia Center for Arts and technology”, the main innovation hub of the city where entrepreneurs, technologist, artists and citizens gather for all sorts of innovative activities. Etopia’s digital façade embraces one of the buildings of the center, just across the street to the main train station (Delicias), welcoming the visitor with the creations of the artists in residence at Etopia. In this case, and once more, the medium is the message. Light does not carry a message, but it is the message itself, meaning that creativity and new forms of expression and of curating the public space are making its way through our city.

LED: Your Zaragoza smart city plan was born some years ago, since 2008. Which is today the urban reality for this city?

The city grew very rapidly until 2008 fueled by real estate, immigration and social and economic well being. The crisis stopped this growth and many urban spaces were left void. Urban sprawl was slowed and a general reflection about recovering the idea of a compact city was imposed. We are now in the midst of a new strategy for a compact and sustainable city.

LED: How do you assess the situation today for the major European capitals when considered in a smart cities logic?

The smart city logic is still too biased towards industry. When you look at smart city strategies you still can see the footprints of a consultancy work. But, as we did in Zaragoza, cities can think by themselves and produce unique smart city strategies. At this stage, the questions are much more important than the answers.

LED: Such in a moment as this marked by large and dramatic movements of entire populations to Europe, themes such as the search for new forms of relationships between different cultural identities emerge as a priority. What role can have the light design in all this?

We can no longer pretend that refugees do not exist, or that they come to Europe “by chance”. I honestly don’t know how integration can be achieved, but I do know that a first stage would be to raise awareness amongst the European population about these new migrants. We need to cast both a physical and political light on this phenomena.

LED: How do you rate the new LED lighting technologies as part of their structural use in a urban scale?

They surely help on our path to sustainability. Finances of cities are still struggling after 8 years of economic downturn and LED technologies, combined with PPP models, offer the double advantage of improving the quality of our public lighting, lowering operational costs and with very little investment. This has the barrier of a conservative public procurement culture, but I personally think it is the way to go.

LED: In terms of possible scenarios, what do you see in the medium term for the future of urban policies of our cities?

Some decades ago, combining the words “innovation” and City Hall in the same sentence was unthinkable.. Today, it is a common thing. Institutions at all levels have realized that the talent and knowledge to tackle our challenge as societies depend on people, and people live in cities. Cities will be increasingly willing to extract and take advantage of the knowledge and talent of their own people as their main competitive advantage. This means new ways, new places and new policies of enhancing and organizing participation. I call this “participatory city making”. 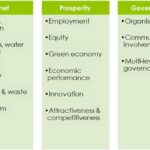 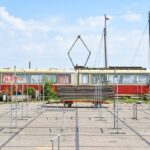 Next Story
At CCW. Turning critical infrastructures into citizen-centric platforms