KPIs for an agile and evolutionary urban design

One of the first KPIs (Key Performance Indicator) that I remember seeing for urban space is included in the Maciá Plan that Josep Lluìs Sert carried out for Barcelona in the 1930s. It proposed as the main KPI the decrease in infant mortality in the Ciutat Vella district, which at that time was around 20% per year. 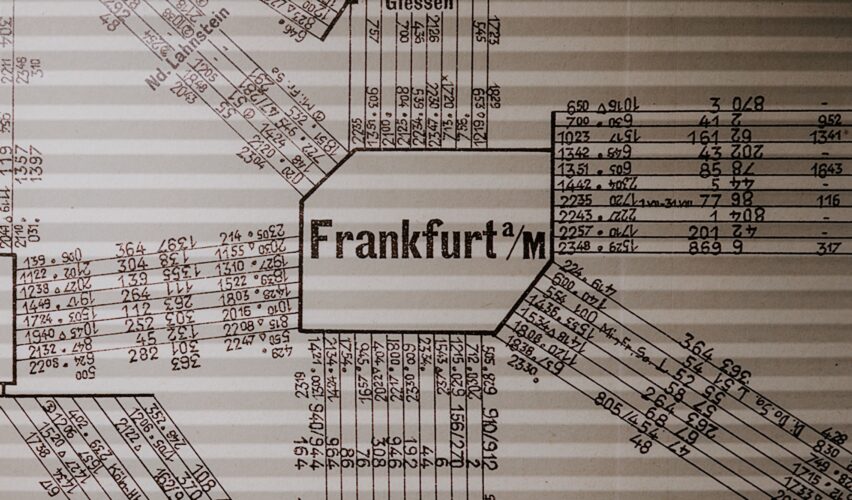 One of the elements for an agile and evolutionary urban design methodology is to incorporate early and constant measurement of the degree of success into the process. And one way to define success is through KPIs (Key Performance Indicators, in English). Although it is not the only one, it is perhaps the most objective. Defining and communicating the indicator system to stakeholders before tackling an urban project is an exercise in transparency that fits well with a more participatory urbanism. A way of proceeding in which the objectives are set precisely and openly.

The problem before the solution

We recommend thinking about metrics before you even start designing. Defining the measure of success before building the work or object is common practice in software development, a highly positivistic work environment. Many programmers write the test code first, and then approach the program itself.

In a sense, the programmer has it easier than the landscape architect. If you are still working with a waterfall project methodology, your task will normally start from a set of specifications or requirements. If, on the other hand, you practice agile methodologies, then each of your sprints or iterative cycles will start from a series of “user stories”.

The difference between KPIs or user stories can be better understood with an example. Let’s think about the design of a park. A user story could say that Georges, who moves in a wheelchair, must be able to cross the park through any of its possible paths without running into an architectural barrier. The equivalent KPI could establish 100% accessibility for the roads in said park. Although it may seem the same, it is not. User stories bring design closer to the public, putting it as a guarantor of proper functioning.

Ultimately, it would be people with reduced mobility who would have the power, with a simple test, to approve the park. Both KPIs and user stories are perfectly compatible. It could be established as a measure of the success of our park, in addition to the fact that a person with reduced mobility could navigate it without problems, that it had a tree density X or that it consumed 50% less water than the average of the parks in the city. Although it may seem like a novelty, the use of KPIs for urban design is as old as the discipline itself.

A good urban space makes life easier and happier, and the opposite can make it painful and miserable. One issue, that of the construction of public space, which is dealt with by the discipline of urban design. This was formally inaugurated at Harvard in the mid-20th century by the great Spanish architect Josep Lluís Sert, who conceived it as the confluence of urban planning, architecture and landscaping. One of the first KPIs (Key Performance Indicator) that I remember seeing for the urban space is precisely included in the Maciá Plan that Josep Lluìs Sert made for Barcelona in the 1930s.

It proposed as the main KPI the decrease in infant mortality in the Ciutat Vella district, which at that time was around 20% per year. Modernist architecture effectively pursued the improvement of the living conditions of the popular classes, at least in those initial decades of the century when it played a prominent role in the vanguards of urban thought. Although among the objectives declared by Sert was to get “cities to satisfy the spiritual needs of man in general”, Le Corbusier and modernist architecture ended up putting their designs at the service of a particular man, made in the image and likeness of the whole. powerful omnipotent architect-urban planner: male, adult, western and, generally, at the wheel of a car. The measure of success was to facilitate the transit from home to work, and back.

A few decades later, in the Harvard Graduate School of Design, led first by Walter Gropius (founder of the Bauhaus) and later by Sert, the modernist theses of CIAM prevailed. On the contray, in the neighboring M.I.T. they were beginning to see things somewhat differently. First György Kepes and then his gifted student Kevin Lynch seemed more interested in the opinion of the average citizen than the functionalist architects of CIAM and their French Marxist antagonists. What Kepes and Lynch began to wonder was whether we could know how our brain perceived the city.

Unraveling the tastes of the people would be the first step to be able to design real cities for the people. Lynch developed an interesting methodology to learn how our eyes and minds saw and understood the city. And in his method, the mind map played a central role. Lynch aspired to build a collective urban mind map, even knowing that the company was nothing short of a chimera. To do this, he interviewed the inhabitants of various cities and asked them to draw them based on their memories. With the sum of the answers to the interviews and the drawings, he tried to compose an overall mental map.

What Lynch understood based on field work, tours, interviews and drawings, is that our relationship with the city did not have very different parameters from what our prehistoric ancestors had the savannah or the forest. Our appreciation of urban space in everyday use depended to a large extent on its helping us feel safe, located at all times, and comfortable. For many millions of years, our brains had been shaping itself for survival. We appreciate beauty, of course, but given the choice we prefer the safe streets and squares, and we travel more often through those parts of the city where we know how to easily find our way home.

Both Lynch and his contemporary and Boston neighbor Jane Jacobs established a vision of the public space that favor the security that the inhabitants feel when walking along the avenues, its good orientation, or the feeling of comfort. A measure of success that fits better with user stories (the child who plays safely in the street, the elderly person at all times located, etc.) than with KPIs.

We found an interesting approach to the objective metrics of the success of the space built in the same M.I.T., 50 years after Kevin Lynch published his methodology in that reference work for urban design that is “The image of the city”. The “City Form Lab” group, led by Andres Sevtsuk, has resumed its path. We are interested in this work because in it we find indicators that try to objectify the vision on urban design of authors as decisive in the human conception of the city as Lynch, Jane Jacobs or Chris Alexander.

The City Form Lab indicators are closer to a true measure of the human scale of the city. They tell us, for example, to what extent the urban environment is equitable, accessible by public transport, walkable and cyclable, or vibrant. They also try to characterize qualities that are difficult to apprehend, such as diversity, continuity, visual density, aesthetic-historical value, or the ability of the built environment to be reconfigured.

An additional value of the City Form Lab’s work is that they include a precise definition of how to measure many of the indicators, a definition that sometimes includes the necessary instruments. His work focuses on the modeling phase of projects in an academic context. To generate these models with the required values ​​in each of the success indicators, the group uses technology from Sidewalk Labs, Google’s “urban” subsidiary.

The use of KPIs does not guarantee, by itself, the veracity. Precisely the project that Sidewalk Labs itself carried out to convert Toronto’s old industrial docks into a next-generation smart city is a good example of this. As explained in this article, Google subverted the meaning of the percentage of affordable housing that was desired to be obtained (the main indicator of the project’s success) by manipulating its definition to the extreme, twisting both the qualifier of “affordable” and the concept of “property”.

Google’s (or Sidewalk Labs) project for Toronto abounds with imprecise KPIs. There is talk of increasing activity time on the streets by 30%, making public space comfortable 35% more of the time, or that public space maintenance services, as well as its programming, are 15 % more responsive to the needs of the community (sic). But nothing is precise about how these parameters are defined, their current values, or how Google intends to measure them in the future. Imprecision is a common mistake when using KPIs. Any indicator system in urban design projects should be accompanied by a precise definition of each indicator.

The indicator system developed by the cities and research institutes around the Citykeys project offers a clear description of relevant indicators for public space design projects. Each indicator carries a precise definition, as well as a source and associated pre-existing and verifiable data set. Finally, the way to calculate each indicator and its measurement method are included.

The Citykeys indicators have been developed thinking, not in terms of modeling, but in terms of carrying out projects, so that both objectives can be defined at the beginning of the project and impact measures once the project is completed. Given the rigor with which they have been defined, they can constitute an interesting basis for their application in real urban design projects. 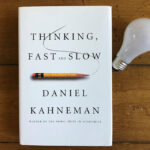 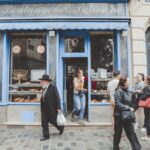 Next Story
The Quantum City