CityKeys not only represents one of the most serious attempts to collect Key Performance Indicators (KPIs) about smart cities so far, but also intends to provide a baseline for international recommendations on the subject and an additional tool for project decision making within cities. Open data is a key component of the project

There are many initiatives to measure, through KPIs, the “smartness” of cities, and a jungle of smart city indexes that establish annual city comparisons. Open data can help fulfill the transparency gap in this field.

Sustainability, prosperity or democracy are three of the main challenges of today’s societies. Societies that are, essentially, urban, therefore making the study of urban data one of the most promising fields of progress nowadays. Of course, many of the answers to the challenges above can be found in cities. After many decades of mistrust, today most policy makers know that cities are great problem-solving tools. In fact, with near 60% of the world population inhabiting urban soil, there is little hope for the general progress of mankind outside the three pillars of sustainable, participatory and prosperous urban development.

A fourth element, innovation, adds to the former three to stand for the aforementioned process of problem-solving cycle in which cities are embarked. Those four elements form the core of Horizon 2020 program, the flagship of the current European policies in advancing towards smarter cities.

Horizon 2020 defines vertical and horizontal actions. Amongst the latter, the CityKeys project aims to help cities across Europe to measure sustainability, prosperity, democracy and innovation. For that, a new common reference framework for smart city KPIs must be created, a common framework whose need increases proportionally to the number of different smart city rankings, smart city definitions and smart city projects launched by the EU, each of it working again and again on its own set of indicators.

CityKeys not only represents one of the most serious attempts to collect Key Performance Indicators (KPIs) about smart cities so far, but also intends to provide a baseline for international recommendations on the subject and an additional tool for project decision making within cities. Besides from heavily relying on open data to achieve the former goals, open data inside the Citykeys project is relevant in various ways:

After having reached the first half of the project, there are a significant number of outcomes that directly impact open data. First, the analysis of the source data of the five pilot cities (Vienna, Rotterdam, Tampere, Zagreb and Zaragoza), only an average of 15% of them can be considered as open data (with different accessibility and quality levels). This figure is clearly modest. It does not mean that the cities have an 85% of public “dark” data. It probably means that the data relevant for decision making support is still relatively little affected by open data efforts.

Second, open data is better maintained and updated when it is needed for operational purposes. In this sense, it is important that the cities change their decision making procedures to account for KPIs (even if this implies a considerable shift in the mindset of city policy makers). When this happens, and open data supports core business processes like decision making, then it becomes an internal service and its sustainability is guaranteed. A consequence of this is that internal users become open data advocates which, in turn, helps the legitimacy of present and future open data initiatives within the organization. In the case of Zaragoza, during the first half of the project, the open data set has been increased with new important source data for thes calculation of smart city KPIs. The city and the citizens have access to the same data, with the same quality. This is an important citizen empowerment fact.

Third, data tells the truth, although not all the truth is contained in data. This means that data (and open data) might help to take better informed decisions, but we should not entirely rely on data for government. We shouldn’t expect that smart city KPI’s will impose full rationality in urban decision making. Cities are fortunately much more complex than that. Again, decision making in cities need rationality, but also some sensitivity and politics.

Fourth, it is important to achieve the implication of internal users from the different city departments both as producers and consumers of data. This dual role is key for any open data initiative to succeed.

Fifth, about open data as an economic growth engine. There is still margin to increase the value of the data made public. Nowadays, most open data in cities refer to “things”, specially in the smart cities field, a phenomenon related to the “Internet Of Things” wave. But cities have an enormous quantity of data about people, with a much higher potential economic impact. The question of how opening this data without compromising the individual rights to privacy remains as a subject of study. We anticipate that concepts such as aggregation, anonymation and user consent will have an increasing role in future urban open data policies.

Finally, Zaragoza has advocated within the Citykeys consortium for open data itself to be considered as a crucial KPI measuring innovation. The good news is that regulatory bodies like ETSI are considering to adopt our framework to define European smart city norms. If this is confirmed, open data will likely become a core constituent of every smart city initiative in Europe.

We enter a test phase in which all KPIs from the different cities will be federated in a single European platform based on CKAN. It will include ontologies, data sources, calculation formulae and resulting smart city KPIs in open data formats. This pan-European CKAN platform will be customizable per country, allowing the necessary flexibility for local changes in calculation methods.

In the following months we will advance towards a urban control panel in quasi real time. A tool that will serve internal city hall purposes, but that will also be opened to third parties (such as our metropolitan urban observatory or urban scientists at universities) so that external knowledge can be connected.

This article has been co-authored with my colleague at Zaragoza City Council Ana Jiménez Train and is published under a Creative Commons license. Some rights reserved. 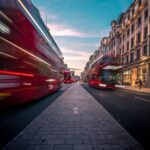 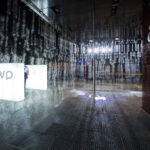