Urban design and data: how energy micro-flows shape our cities

The continuous process of urban transformation, which has included multiple works and demolitions over the years, has been possible thanks to the energy flows that converge in the city. Now, we can guide urban decisions by “natural” criteria to make them more efficient. For this, it is key to observe and detect where there are flows rubbing against the territory with enough potential to create life around them. This is the true substratum of an organic urbanism. 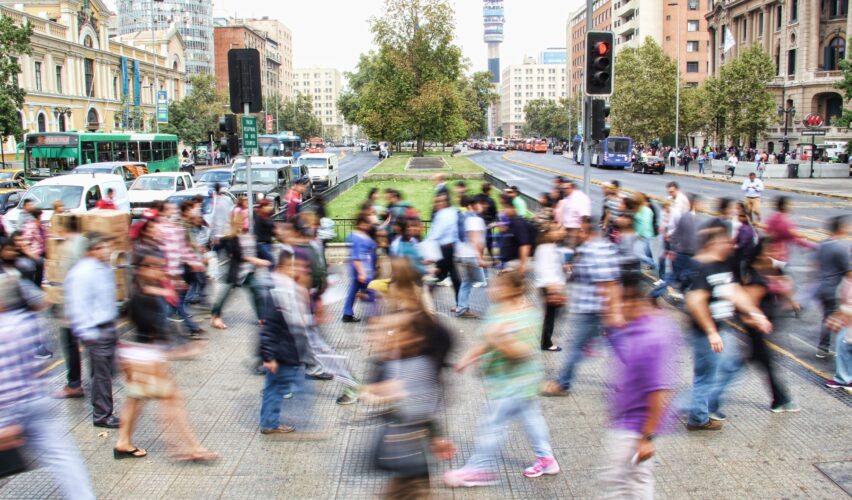 Can data produced by the city help us in urban design?

In the previous post of this series on energy and urban design we saw how the latter can be understood as the set of processes that take advantage of the energy reaching a city for its conversion into urban structure. Thus, the configuration of the built space corresponds to possible states in which matter can be organized in a stable way (at least for a while).

Identifying where this reorganization of matter can be carried out with the minimum cost, coinciding with a certain “organicity” (sic) in the formation of urban structures, is a strategy that can help us design more stable and lasting spaces and services over time, as well as cheaper and easier to maintain.

Let’s return to the example of our station that we presented in the previous post. The great building that we see today with its intricate network of services: supplies, communications, offices, warehouses,… was not always like this. The complexity of objects and living beings, as we have already said, increases until it reaches a certain peak. They then decay, abruptly or very smoothly, their complexity decreasing as their entropy rises.

Let’s focus, for now, on the growth stage. Perhaps the complex station that we see today was originally a simple halt in the middle of an open field. More than a century later, it even has a shopping center inside.

All this continuous process of transformation, which has included multiple works and demolitions over the years, has been possible thanks to the energy supplied by the flows that converged and collided in it. Travelers’ money (or their direct or indirect influence) has funded a large part of the works, the shops, the wages and even the computers of the people who sell us our tickets.

The fact that the object “station” lasts over time means that it is a stable configuration of the matter that composes it. And that stability is given to it because the “station” configuration is an efficient response of matter to the context in which the energy flow (in this case of capital and people) impacts the ground. This, again, is not always the case. There are times when someone decides to organize the particles of matter in another alternative configuration, called an “airport”, in places where a single plane will never land. Such a configuration will decay into dust and plant food long before stations built in places where they make perfect sense, that is, where passenger flows and territory naturally meet.

We can guide our urban planning decisions by these “natural” criteria. We can observe and detect where there are flows rubbing against the territory with enough potential to create life around them. In the 1950s and 1960s, urban planners began to notice these flows: Jan Gehl did so barely equipped with a notebook and Jane Jacobs  did it through her sharp gaze. They pioneered data-driven urban design, even though they lived in an analog world.

Today, more than half a century later, we can use the analysis of the digital footprint that the flows leave when their particles interact: card purchases, mobile messages, validations in bus wallets, or clicks on the news of an online newspaper.

If we want to design interesting squares and streets with enough friction so that the energy dissipated in this way can be reused to create life, we have to understand the micro-flows that feed the natural formation of those structures of matter called “street” and “square”. ”. The kind of study that we propose is similar to analyzing how plants photosynthesize and how they metabolize energy and matter to build their structures, and then trying to apply this knowledge to the progress of agriculture.

It is evident that, in the same way that to be a good farmer it is not necessary to know about chemical reactions, urban design can be done well without studying flows or processes. That does not prevent us from investigating to what extent this approach, somewhat positivist insofar as it tries to apply the scientific method, can improve the discipline.

Now, working with the data that interests us requires specific skills, and we must do it under certain rules. Given that the city is a network of networks (each with its corresponding links, nodes and flows) we will not be able to achieve our goal without processing data from various sources: supply companies, communications operators, banks, businesses, social networks, etc. etc. In European data legislation, the figure that interests us in order to observe the various flows is that of data sharing. Due to its marked nature of a social network, much of this data will be of a personal nature. There is no other option than to carry out these studies in a way that is scrupulously respectful of privacy protection laws.

We have already showed that things, animals, plants, have a period in which their order increases by absorbing energy and converting it into structures of increasing complexity. During that period its entropy decreases at the cost of energy dissipation and the increase in entropy in the rest of the universe. Following this structuring process, at some point they reach their zenith and stop growing, in what is usually the prelude to their death and decomposition, which in turn can be seen as a descent down the slope of energy towards maximum entropy.

We are going to focus, as already anticipated, on that type of network element called a node. A node can be seen, from the point of view of networks, as the place where the flows stop traveling freely through the network and suffer some kind of discontinuity, either because they are reordered (as in a roundabout or in an internet router), or because some kind of restriction is imposed on them, like the water of a river when it hits a dam or the flow of migrants when it reaches a hard border.

From a thermodynamic point of view, a node can be seen as the place where the flow of energy stops traveling freely and meets matter, as occurs when light and water collide with the earth, or when a train carrying a flow of passengers stops at a station.

To be more specific, we will say that in our “energy” study of the nodes through data, we will focus on the energy that people inject into the city. After all, cities are our ecosystem of reference and, on the other hand, the configuration of matter “person” represents both a stock and a lasting supply of energy. We are who think, design, build and use the city for our interests and pleasures.

To also limit the temporal terms of our study of urban nodes through human data, we will say that the period in which we will focus is the one in which its structure increases its complexity, that is, while the node is being built. And one last nuance: we will not stay solely in the material structure, because the urban design of our days is also digital. Therefore, an institution dealing with urban design today must not only master data science, but also incorporate the digital perspective in a comprehensive way. This means that, in addition to using digital technologies to carry out urban planning, it must take care of jointly designing the physical and digital layers of that efficient combination of atoms and bits that we call a city.

Photo by mauro mora via Unsplash 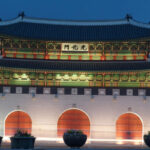 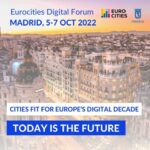