Mobility in a city is the aggregate sum of millions of micro-decisions that its inhabitants make every day when going to work, shopping or meeting friends. Most of us are pedestrians, cyclists, drivers and users of public transport at the same time. Therefore, changing mobility in a city means that more and more micro-decisions go through sustainable means of transport. 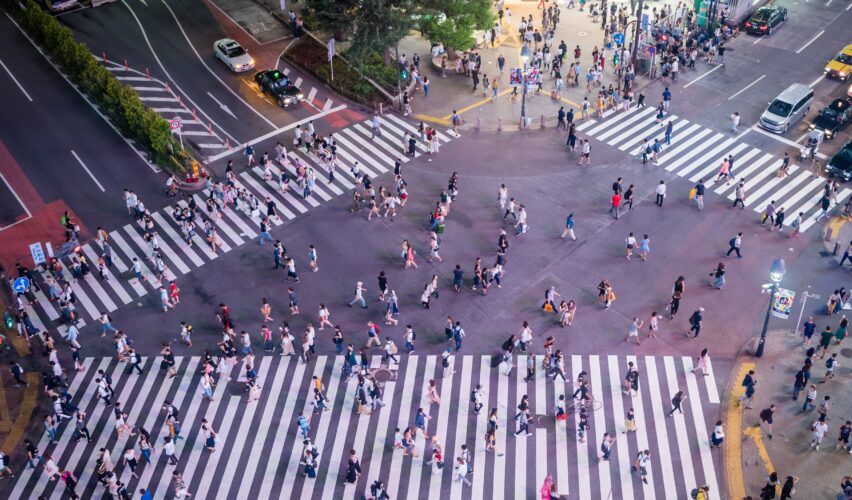 Why on our trips around the city do we not always follow the same paths when we go to the places and when we return? Is mobility an engineering or psychological issue? Kevin Lynch was the first to try to draw the collective mental map of the city, knowing that by analog means it was a task that was almost impossible. However, new data collection and analysis techniques (IoT, Sentiment Analysis, Big Data, etc.) can help visualize how each of us perceives urban space.

Visualizing mobility from the point of view of the subject can help us to better urban planning. Over the last century, developed countries have made huge investments in mobility infrastructures. At the city level, the role of future mobility planning will consist less and less in making the infrastructures to meet demand than in trying to modify that demand through intelligent strategies. In this sense, the measure of success will have to do with more people deciding in more situations to use means of transport that do not produce negative externalities (such as pollution, heat, dangerousness / insecurity, noise, etc.).

Therefore, the urban mobility planner must approach design from angles other than just engineering. The human or psychological component must enter the equation alongside quantitative or infrastructural parameters.

We live in the age of the subjective, of “experiential” travel and shopping, of moments. Designers must start by asking how citizens perceive the city. Getting closer to drawing or interpreting this collective mental map of urban mobility is a pertinent objective if we wish to advance in an urban design that is closer to the nature of that great social network that is the city.

Every time we leave our homes, consciously or unconsciously, we face a kind of strategy game. Depending on the purpose of the trip, the winning strategies may change. In the case of going in a hurry or not knowing the area perfectly, people choose a route that minimizes the number of critical decisions and possible problems. We are conservative in choosing the mobility strategy.

The aversion to getting lost

Time in the city is like gold dust that slips through our hands. And humans, as Kahneman says, hate to lose. And by genetic design we are afraid of getting lost. For this reason, whether by car or on foot, at the beginning of our route we will try to quickly take a large avenue. In addition, in general we like to go to clear places in front of narrow streets, with wide views.

Except when the weather does not leave us a choice, we try to avoid arcades. And we also don’t like to walk on unsafe roads or roads full of cars. We prefer to run into people. We often avoid crossing in the middle of the parks. On the contrary, we like to walk through more crowded places, if possible with shop windows.

This means that the shops on the main avenues have more visitors and pay higher rents. Now, does that mean there is no commercial life on back streets? Fortunately not. In the urban ecosystem there are opportunities for outsiders. Between 30 to 60% of purchases are made on unscheduled routes.

Orientation, a quality embedded in the physiology of animals, is essential for orientation and, therefore, for survival. That is why humans, and living beings in general, come with basic orientation equipment consisting of a compass, a map, a decent memory, the ability to keep track of time, and a highly developed ability to perceive the environment through our senses.

However, since our hunter-gatherer past, our orientation faculties are in clear decline, accentuated in recent times due to urbanization:

In the urban landscape we can no longer see the stars, nor the course of the rivers. Geolocation technology, it is true, is becoming more advanced every day, but at the same time it increasingly decouples us from the ground.

Finally, “urban” social norms dull our sense of direction. For example, children who go to school by car have more difficulties in finding their way around, something that is a more frequent phenomenon in London than in Spain.

In Madrid and Barcelona, ​​Gustavo Romanillos tells us, the greater urban density means that the distance that children have to travel between their school and their home is half that of London children. This, in addition to influencing the formation of the ability to navigate, has many implications, moreover, in their social sphere.

When urban planners began to take the subject seriously

In this sense, things have changed a lot since the origins of modernism and that utilitarian conception of the city. Let us remember that modernism in urban planning and architecture was championed by that giant called Le Corbusier. The modernists thought about the people and their needs, in fact their urban proposals sought to improve the unhealthiness of the houses next to the factories by improving their lighting and their habitability in general.

But it was a way of thinking about people somewhat similar to enlightened despotism: “our designs are made to improve people’s lives, but it is we, the all-powerful architect-urban planners of our time, who are going to decide what these needs aree and who will also decide how to satisfy them”.

The result was that, consciously or unconsciously, modern urbanism gave birth to a type of city that worked like a machine or, better, like a factory. Starting in the 1950s, criticism against this highly functionalist conception of the city intensified.

Psychogeography and creation of environments

One of the movements in response to modernism was embodied by the Situationists, a heterogeneous group of European intellectuals and artists who gained great influence in the 50s and 60s of the last century. Not because of his material works in architecture, since they barely went beyond mere models, but because of a critical thought of the city and capitalist society that left a deep mark, for example, in the subsequent May 68.

The situationists, in addition to contesting the utilitarian conception of urban planning, began to question the way in which we perceive the city beyond its true form. They cultivated psychogeography, which defends that the map should not be a Euclidean representation of the territory, but rather it should draw its reflection in our mind: how we perceive it, the feelings it evokes in us, its smells, its visual aspect, the environments.

If for modernist urban planning the automobile was king, the situationists considered it the cause of all the malaises that afflicted the city. Also, some of the earliest work on understanding how people moved around cities was published in his magazine.

For them, our psychological representation of the city was more important than the city itself. For this reason, urbanism, which they consider a kind of “supreme art”, must be focused on creating environments conducive to satisfying our purest desires: play and pleasure. Without knowing it, they were laying the theoretical foundations of the new shopping centers, real paradigms of the creation of environments to put our psyche in a favorable mode, only this time for shopping.

The city, a space not necessarily Euclidean

Future mobility planning encompasses new concepts of distance. As Andrés Sevtsuk and his team remind us in this work for mobility in Boston, the models that consider the bird’s-eye distance between two points are, to say the least, sub-optimal. Nor is it enough to count the distance along the roads.

If we want to decide the optimal point of location of a facility (sports, mobility, commercial, etc.) so that it gives access to a certain number of people, we need to know how people perceive the space through which they travel. If a street is full of pot holes, it will not be used by cyclists, even if it is on the shortest route. In the same way, it does not occur to anyone to cross according to which park at night, a circumstance that the planning should contemplate in its calculations.

But, in addition, in the city time is as important as space. Without realizing it, technology has translated maps in kilometers into maps in time. An evolution that we have been seeing, first in the traffic panels that indicate the time between two points, and later in the browsers (from TomTom to Google Maps). To such an extent that 15 minutes is already being discussed in all urban planning forums in the city.

Welcome to a way of thinking about the city that is more in keeping, finally, with the importance of the subject and its perception of the urban environment.

Hopefully we know how to combine this trend with the necessary civic participation so that it is the collective mental map of urban mobility that becomes the true control panel for future major decisions.

Photo by Luca Florio via Unsplash. 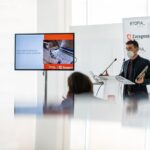 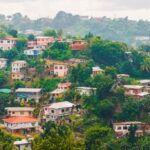 Next Story
Urbanism and thermodynamics. An Alternative Approach