Do city planners play dice with cities? The question admits of several answers, and all of them are probably true and false at the same time. In any case, recognizing the intricate complexity of the city advises accepting our limits when modeling and predicting its behaviors. Big data can help us understand the city, but the city is not the product of a creator, rather each inhabitant creates their own version every day when they open their eyes. 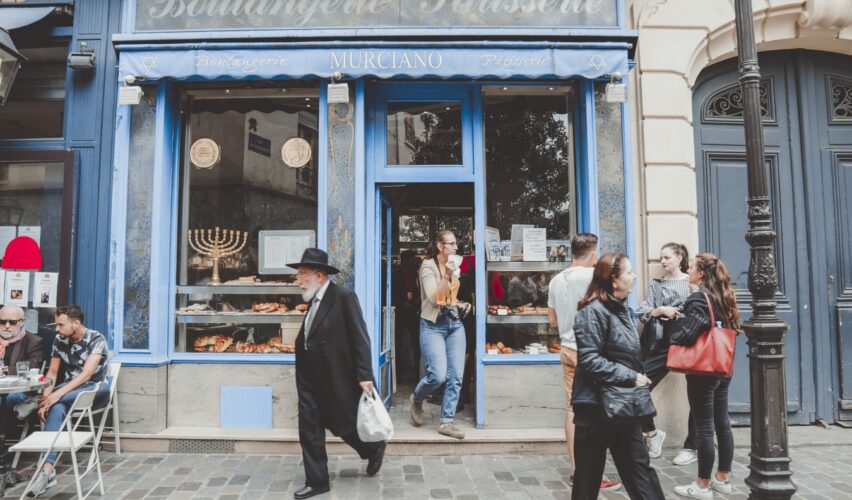 The quantum city is one in which the bakery on the corner is open and closed at the same time, and in which the friend we are waiting for on the stairs of the faculty is and is not among the multitude of coats and heads that we see from above.

Benjamin Labatut recounts in his unclassifiable book “Un verdor terrible” the rivalry between two geniuses: Schrödinger and Heisenberg. A rivalry more philosophical than scientific. They were both physical, young, and concerned. One with predicting the movement of subatomic particles, the other with the frontiers of knowledge.

During the 20s, as Schrödinger presented his beautiful wave equation to sthe cientific millieu, Heisenberg mocked him on the accusation that the Austro-Irish physicist did not really understand the profound implications of quantum theory.

If Schrödinger made one last attempt to use the classical mechanics frame of mind to explain the slippery nature of subatomic particles, Heisenberg’s mind would break down into the thousand pieces of his complex matrix coefficients. In a way, Schrödinger had laid the last tile of the classical edifice of physics as Newton and Einstein had known it; and Heisenberg planned nothing more and nothing less than its blasting. On the open field, he laid the first stones of a fuzzy, counter-intuitive and annoyingly complex construction such as quantum theory.

The quantum universe is that place where the trajectories of the particles cease to be predictable to become “probable”. Where nothing “is” until it is measured by an observer. And where, taking things to the extreme, it is not even worth wondering about what happens when we turn our gaze off.

Heisenberg’s uncertainty principle established our limits to knowledge, since it demonstrated the impossibility of accurately determining two magnitudes of any object that were correlated, that is, closely related to each other; for example, the velocity and position of an electron. In passing, he established that reality cannot be accurately modeled and its behavior cannot be accurately predicted.

And it is that the problems of scientific determinism came from afar. The German philosopher Emmanuel Kant was already beginning to smell something of all this when he wrote in his “Critique of Pure Reason” that for the construction of reality (the object) it was essential to count on the experiences and sensitivity of the subject that watched. Similar message, only more condensed, that of our close poet Campoamor “nothing is true or a lie […]”. Or everything can be true and a lie at the same time, as our quantum politicians are in charge of demonstrating every day.

Yet Einstein’s irate response to Heisenberg’s theses still resonates in science halls. The well-known “God does not play dice with the Universe!” And to the chorus was added the mocking revenge of Schrödinger, in the form of that cat that was inside his box in two superimposed states at the same time, at the same time alive and dead.

But this article wanted to talk about cities. Organic ecosystems that evolved from initial seeds: a Roman camp, a Visigothic fortress, a harbor sheltered from storms and invasions … Intricate superimposed networks gradually emerge from these simple structures.

It is known that quantum mechanics, useful for subatomic scales, does not work to describe much larger structures. But that does not mean that we think that the epistemological implications of the uncertainty principle must also be considered in urban science.

Urban ecology is complex because it is highly interconnected, the metro network is interconnected with the street network, which in turn is connected with digital networks, with supply networks, and all of them with the cultural network, or with the network. health, or with the network of economic flows that flow from and to each of our homes, our companies or businesses at street level.

Thousands of variables with millions of nodes. The number of possible states is as dizzying as that of a forest, or an ocean. A chaotic ecosystem and organized in equal parts. Bits, volts, atoms, ideas and feelings in daily fizz.

What helplessness the Schrödinger that we all have inside feels when striving to describe with a beautiful equation, with a model, the unpredictable urban dance (if these were not the words of Jane Jacobs to describe this phenomenon, they were very similar). Still, our inner Schrödinger keeps trying. Let’s model the city to predict its behavior at all times, he whispers to us. And if our model fails, it is not our fault, but that of the city itself, which is so complicated.

Let us therefore demolish those neighborhoods with intricate streets and open wide avenues. Let’s lower the level of complexity. Let us turn the city, indecipherable and beautiful, into that comprehensible image that we carry in our still limited head.

God does not play dice with cities! It is the phrase that was heard said in so many congresses and urban planning schools for decades, uttered by aspiring gods from their ivory towers. So let’s turn the city into something simpler, for example, a tree. From a trunk two or three branches come out, from each of them as many, and so on until they reach the leaves. Let’s make trunk avenues, branches. And when the sap gets stuck, forcing all of it to pass through the same place and threatens to suffocate the poor tree, let’s increase the size of the trunk, until the next bottleneck.

A city is not a tree

Chris Alexander took it upon himself to dismantle this tree-city concept in the mid-1960s. And before him, Jane Jacobs, and before him many more. Artists, philosophers and writers. Even some architect. They all tell us that idealizing the city only serves to destroy it. Better to accept it and live with its inexplicable whims, which are actually ours.

Why don’t we go back and forth to the same places? Why do we sometimes sit on a bench, looking at a fly, while other times we go so fast that we seem to have teleported to our destination? Isn’t the attempt to simplify the city an attempt to model ourselves? Or, even worse, to tame us?

To delve into a well-founded critique of the method of models or “technical rationality” in the important field of urban planning, we recommend reading Donald Schön, a friend of my friend Mike Joroff. And another friend (this one of all life), Ricardo Cavero, wrote an article on urban planning (in this case of innovation) of those that are like an arrow: poc! Straight to the target.

Things of fate, the equation that Schrödinger invented to describe the oscillation of the electron as a function of time (that is, to predict its motion), today has also become a probabilistic formula. And his famous cat may even exist, both alive and dead, since it has been possible to create pulses of light that simultaneously possessed superimposed states, something that scientists call a “luminous Schrödinger’s cat.”

The happy paradox is that Scrödinger and Heisenberg have finally reconciled. God played dice with the Universe, and the probability of the possible states of the electrons can be established with the Schrödinger equation in its matrix extension, which does not deviate one millimeter from the Heisenberg uncertainty principle.

And people like Kant, the flaneur Baudelaire or the impressionist painters, can smile from their graves knowing that it is definitely not possible to separate the knowledge of reality from the gaze of the subject. That nothing exists in the urban universe except for those of us who live in it to feel it. That it is not worth asking about investments, plans, or projects that do not serve the purpose of improving the urban experience of the inhabitants of this unpredictable and unclassifiable quantum city.

Article published under a Creative Commons license for free culture. Some rights reserved.

Photo by Simona Sergi via Unsplash. 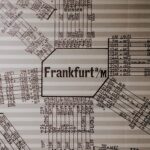 Previous Story
KPIs for an agile and evolutionary urban design
→ 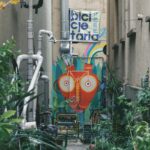 Next Story
Jaime Lerner. How erratic states can learn from cities