Mobility is an essential side of any smart city strategy, as it is a smart citizenship. But, traditionally, the motor industry around Zaragoza has stood with his back turned to the city. The situation will likely change when the Pavilion Bridge opens its doors and the citizens will be able to interact with the latest developments when they walk through its exhibition rooms. 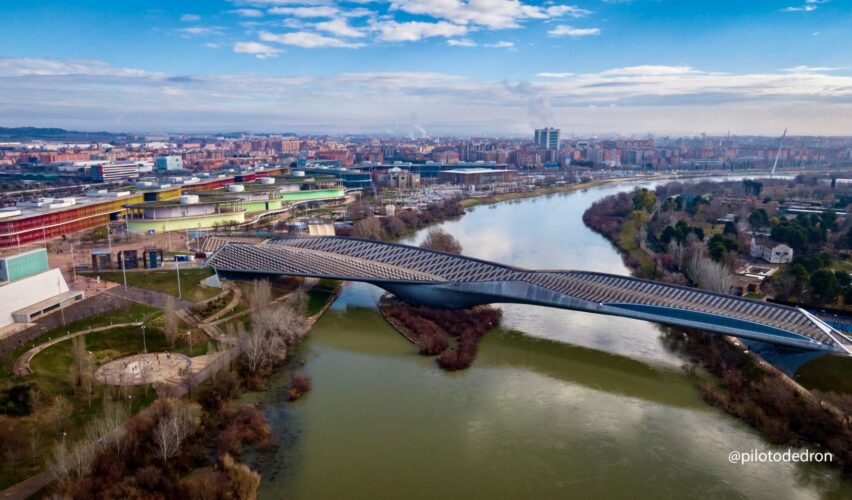 It was made public today that Zaha Hadid’s Pavilion Bridge in Zaragoza will host a center for showcasing progress in electric mobility. According to the local media, the project is a joint agreement between Aragon’s main savings bank, Ibercaja, the administration and the motor industry, and will reinforce Zaragoza’s strategic position in the mobility arena.

Mobility is an essential side of any smart city strategy, as it is a smart citizenship. But, traditionally, the motor industry around Zaragoza, which accounts for 6% of the region’s GDP and more than 25.000 jobs, has stood with his back turned to the city. The situation will likely change when the Pavilion Bridge opens its doors and the citizens will be able to interact with the latest developments through its exhibition rooms.

But this is not the only divide that the renewed Pavilion Bridge is intended to close. On each bank of the Ebro river, two flagship urban developments still seem unconnected. On the north bank, the Expo site, formerly dedicated to water and sustainable development and now hosting many of the regional administration offices, is mainly fueled by the regional Government. On the south, the Digital Mile, an innovation district planned by the City Hall in 2003 that has stagnated for almost five years following the financial crisis. The crisis has also left its footprints on the Zaha Hadid’s Pavilion Bridge. Lifeless for almost 10 years as a consequence of Ibercaja’s struggles to digest the real estate crash, it wil now require more than just a coat of paint to shine again as one of the landmarks of the “new Zaragoza” that emerged with the Expo 2008.

A “user friendly” pedestrian link between the Digital Mile and the Expo site will likely help in activating the public space on both developments, in urgent need of more activity at all hours. The lack of residential space in Expo and the visible voids that the Digital Mile still shows have so far hampered the vitality of the area. However, things are beginning to change. The City Hall recently announced that it intends to build a park around Etopia Center for Arts and Technology and some residential projects are starting. According to some sources, the Digital Water Pavilion, by italian architect Carlo Ratti, would also be reconfigured and brought to a new life as a result of its strategic location, in te vicinity of the Pavilion Bridge and Etopia.

The news about turning Zaha Hadid’s Pavilion Bridge into a showroom for smart mobility appear on the very same week that it was announced a massive deployment of wind mills along several new parks within an area inside a 100 Km radius around the city, adding more than 300 MW of green energy and 1.200 jobs (over two years) to the economic mix of the region. The company behind this project, Forestalia, is located 50 Km away from Zaragoza and has stunned the energy sector when it showed up as the grand winner of the three last public bids on renewable energy that the Spanish Government launched in 2016 and 2017.

One of the fathers of modern Aragón, the songwriter, poet and politician José Antonio Labordeta (1935-2010), sung that the region is “dust, fog, wind and sun”. With one of the lowest unemployment rates in Spain, Zaragoza and Aragon might be finally joining forces and give themselves a chance to avoid their obscure fate, that of a “silent (empty) land” in words of Labordeta. 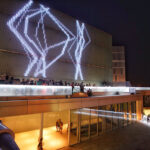 Previous Story
Innovation Districts: From Barcelona to Dublin, This Is What I Know
→ Next Story
Urban Data and Co-Creation