5G fervour is noticeably high and immersed in the conjecture that deployment of this technology will increase digital inclusion for people who currently lack access to broadband Internet services. However, the potential benefits of 5G to society at large — and how it might affect social inclusion — are more difficult to define. 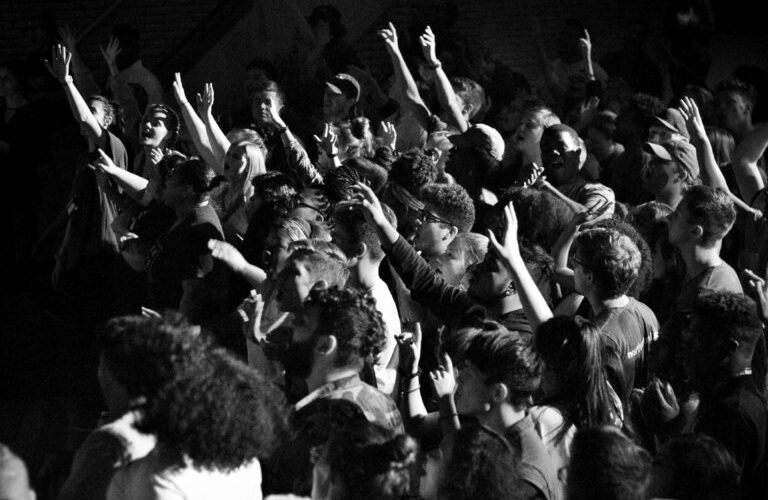 Consider a future scenario when social and digital inclusion are interconnected in the lives of most citizens. Think of this as an optimistic scenario in which higher social inclusion is enabled by new bridges across the digital divide. Where does 5G technology fit in this scenario? Will 5G serve as one of the ‘new bridges’?

An issue raised at the 2019 Smart City Expo in Barcelona is whether deployment of 5G networks and services will contribute to inclusive cities envisioned in the UN Sustainable Development Goals (SDGs). To paraphrase various sources from the Expo: “5G has the potential power to decrease the digital divide and ultimately increase social inclusion while helping cities achieve the SDGs.”

Technical and social media channels are filled with daily chatter and debate about the benefits that 5G will deliver to customers and society. The purported benefits of 5G to mobile customers are relatively well known and publicized (or hyped, depending on your perspective). 5G’s wider bandwidth, ultrafast data rates, lower latency and lower battery consumption are expected to greatly enhance the digital experience. In smart cities, 5G is expected to improve emergency response capabilities, physical security, traffic management and safety and enable a more appealing mix of online public services.

At the Smart City Expo, 5G fervour was noticeably high and immersed in the conjecture that deployment of this technology will increase digital inclusion for people who currently lack access to broadband Internet services. However, the potential benefits of 5G to society at large — and how it might affect social inclusion — are more difficult to define, especially when considering the colossal task of financing (or subsidizing) 5G services in deprived areas of cities and remote communities.

Data from the ITU reveals that 97 percent of the global population lives within reach of a mobile signal, and 4.1 billion people use the Internet (54 percent of the world’s population). Unfortunately, more than 3 billion people are still offline. The ITU also reports that lack of affordability and digital skills continue as barriers to adoption and use of the Internet in many countries. These findings underscore the scale of the challenge in narrowing the world’s digital divide. In a press release, Doreen Bogdan-Martin, Director of the ITU Telecommunications Development Bureau, said “connecting the 3.6 billion people still offline to the power of digital technologies must become one of our most urgent development priorities.”

Although smartphone usage continues to grow in developed countries, Pew Research reports that significant numbers of people around the globe still do not have a mobile phone. A survey in emerging economies revealed the mobile divide is most severe in Venezuela, India and the Philippines, “countries where about three-in-ten adults do not own a mobile phone. At the same time, the new findings show that mobile divides even exist for phone owners. Significant numbers of owners struggle to use their phones to full advantage.”

While there is no universally agreed definition of social exclusion, the UN claims it “describes a state in which individuals are unable to participate fully in economic, social, political and cultural life.” In a recent paper, Ellen Helsper, from the London School of Economics and Political Science, describes three levels of socio-digital inequalities:

A key question for urban innovators and mobile network experts is how (and if) 5G will reduce inequalities at any of these levels? According to Helsper, “some argue that diminishing the digital divide will mitigate social exclusion by giving disadvantaged groups access to, for example, education, health information and social interaction that they would not otherwise have access to. In other words, access to and use of technologies support social mobility and reduce the social divide.” As Helsper explains, others believe the online situation “reflects the offline society and that as long as social inequality exists offline, there would be no equality online.”

Lwanda claims the obvious question is “how to achieve universal quality education in a region like Africa, where schooling can be prohibitively expensive for many. With 85 percent of the multidimensionally poor living in rural areas, access represents a major challenge.” He believes a more innovative approach is to develop remote learning solutions based on 5G technology. “Remote learning has already begun to take off in some parts of the world. But 5G would greatly improve the quality of such learning because of its sheer speed – up to 100 times faster than 4G”. This should enable African students in remote locations “to participate in classes in real time.”

In the U.S., the Federal Communications Commission stated a merger between T-Mobile and Sprint “will help close the digital divide and promote wide deployment of 5G services.” While this may apply to smart cities, the fact remains that many people living in remote small towns and rural areas in the U.S. are still underserved by mobile network technologies. Jenna Burrell, Associate Professor at the School of Information, UC Berkeley, explains that because of the vastness of rural areas with low population densities, mobile network operators “are unlikely to build towers to serve just a few subscribers. 5G doesn’t change that.” Burrell is not optimistic about the likelihood of 5G mitigating digital exclusion in rural and remote regions of the U.S. and believes the hopes for 5G solutions are “part of a well-established and peculiarly American pattern of thought: the faith placed in silver bullet technical solutions to entrenched social problems.”

A concern of Paul McAuliffe, Lord Mayor of Dublin, is that if 5G implementation is not handled properly in his city, then it will exacerbate rather than solve problems in the social divide. According to an article by James Blackman in Enterpriseiotinsights, the message from McAuliffe is that “the technology industry, despite its promise to deliver positive societal change with 5G and new smart city applications, risks alienating communities, instead of uniting them, as it invariably goes after better-off communities first.” McAuliffe has reason for concern, because his electoral ward in Ballymun-Finglas is one of the most deprived areas in the city. He believes that “if politicians and technologists do not make 5G for everyone, and smart cities are approached only as commercial exercises, then people will be left behind.”

While many believe in the power and potential of 5G to deliver a future digital experience only dreamed a decade ago, others remain unconvinced that governments and technology leaders can forge the ecosystems and financing needed to create inclusive 5G solutions and ensure no one is left behind.

Fortunately, there were signs for optimism at the Smart City Expo booth of U4SSC (United for Smart Sustainable Cities), a UN initiative established in 2016 “to accelerate the transformation of cities globally to be smarter and more sustainable with a higher quality of life”. U4SSC is an initiative with global reach and a no-one-left-behind mission to address big urban challenges, build a global ecosystem of private and public sector organizations, implement inclusive solutions and enable cities to meet the SDGs.

A major barrier in reducing the socio-digital divide through 5G deployment — as in many other hoped-for technology solutions — is financing. Speaking at an Expo event, Kari Aina Eik, leader of the U4SSC Program Excellence Center for Smart Cities, said a major issue in smart cities throughout the world is how to find innovative ways to finance new, inclusive solutions. This is a smart city challenge with global implications that call for leadership and access to resources from an ecosystem of resolute partners.

At a national level, smart cities in the U.S. can turn to the Alliance for Innovation (AFI), a non-profit entity in Phoenix, Arizona, for help in discovering big ideas to finance smart infrastructure projects (e.g., 5G deployment in underserved segments of society). In a co-produced guide on smart city financing, the AFI Center for Urban Innovation and Smart Cities Council describe the challenge of attracting private investments for financing smart city projects. “Leveraging private sector funds, which are potentially larger pools of finance capital, can be useful for financing projects that improve liveability and have long-term impact on a city’s economy. […] Smart technologies are at the forefront of innovation and local administrators need to think creatively to use the many financing tools at their disposal.”

The design and deployment of smart, inclusive 5G networks requires innovative and collaborative financing policies. As noted by the ITU’s Bogdan-Martin, “multi-stakeholder collaboration will be key to making universal and meaningful connectivity a reality for all.” 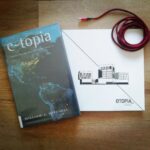